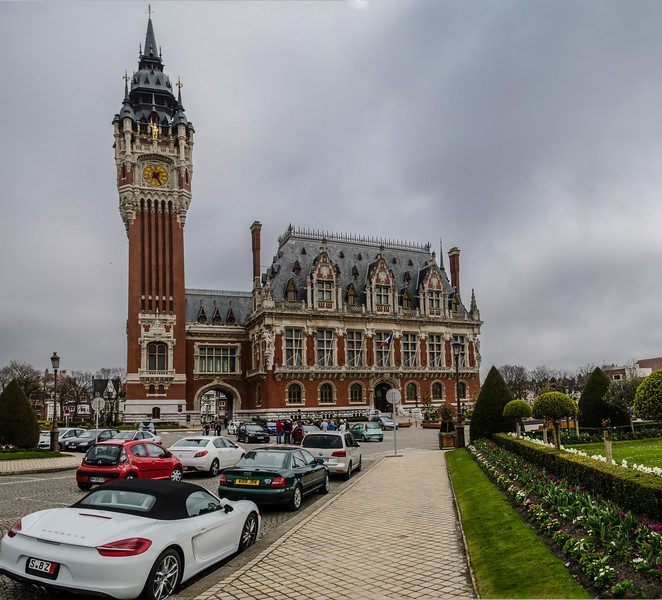 In 1885, the union of Calais and Saint-Pierre, necessitated the building of a new townhall on a barren piece of land between the two agglomerations. The architect Louis Debrouwer opted for the Flemish renaissance style with details of Tudor inspiration in memory of the English presence (1347-1558) and a bell tower with a 75-meters-high steeple. The work, started in 1911, which necessitated very deep foundations due to sandy soil, was interrupted by th outbreak of was in 1914. repair of war-damage and the completion of the building delayed its inauguration until 1925. It was again damaged in 1940 and in 1961 was equipped with electronic chimes. — from signage at the building.